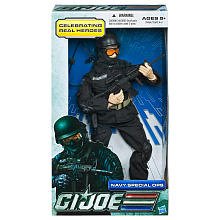 This 12 inch G.I. Joe Navy Special Ops Action Figure is a real American hero with the real firepower he needs to prevail against the enemies of the country he serves! In his authentic uniform and helmet, he’ll look like the warrior he is, whether he’s fighting the battles you send him into or standing in your collection. Put his safety glasses on and put his tactical assault rifle or his semi-automatic pistol in his hands! No enemy will stand against him in the missions you imagine for him! Under the cover of night, elite commandos carry out critical missions to protect the world. Swooping down from helicopters, these covert warriors of the sea, land and air train for any scenario and prepare for each operation with rigorous detail. They are experts at close quarters combat, in which a dangerous enemy may be waiting for them around every corner. These unsung heroes go into harm’s way with no thought but to lead with readiness and never quit until they successfully complete their mission. Figure comes with helmet, balaclava, ballistic safety glasses, ammo belt, light machine gun, ammo clip, canteen, ammo case, combat knife and sheath and authentic uniform. 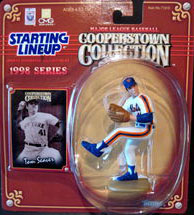 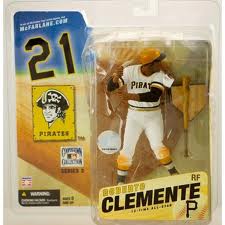