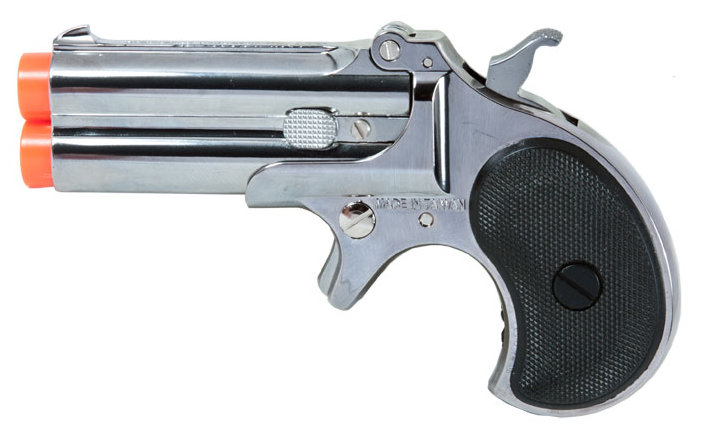 Description: The term derringer is a generalized misspelling of the last name of Henry Derringer, a famous maker of small pocket pistols in the 19th century. Many copies of the original Philadelphia Derringer pistol were made by other gun makers worldwide, and the name was often misspelled; this misspelling soon became a generic term for any pocket pistol.

The original Derringer pistol was a single-shot muzzle loading pistol; with the advent of cartridge firearms, pistols began to be produced in the modern form still known as a derringer. A derringer is generally the smallest usable handgun of a given caliber. They were frequently used by women, because they are easily concealable in a purse or as a stocking gun.

The Marushin Derringer serves the same purpose as the real steel; one of the smallest airsoft weapons, its tiny size and super light weight make it the ideal choice for the back up for your back up, a boot or hidden pocket gun.

This Marushin Derringer is a 6mm weapon; cocking the hammer and pulling the trigger shoots the top barrel, re-cocking and shooting again fires the second lower one. Clocking in at 200 FPS with 6mm (0.2g) BBs on top / Green gas, its more then powerful enough to hit targets at short range but anything further then 12 meters and you are better off using a normal hand gun making this fine as nothing more than an emergency backup weapons.

The two-round capacity further limits this weapons use to an emergency-only weapon or at the least a comical choice for a primary firearm. If your feeling quixotic, you could always pull a Derringer Meryl (Japanese Anime from the series Trigun); rig up a dozen or so weapon all over your body under a jacket then proceed to rapidly draw, shoot and holster them to deliver a flurry of quick draws and shots. It might not be practical but it sure would be entertaining.

Alternatively, pick up a couple and keep them around as dueling pistols; take it to games or back yards, challenge your friends to pistols at 10 paces or what have you. Capable of running even lower FPS with HFC / Duster gas, the advantage of the super low power means you can use it with impunity at point blank range for no fear of great damage or pain so long as all involved parties are wearing eye protection. 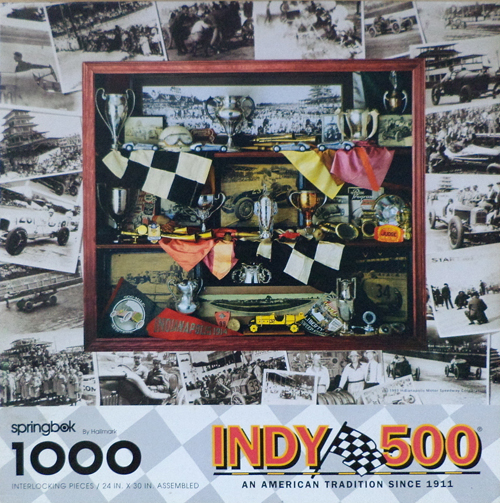 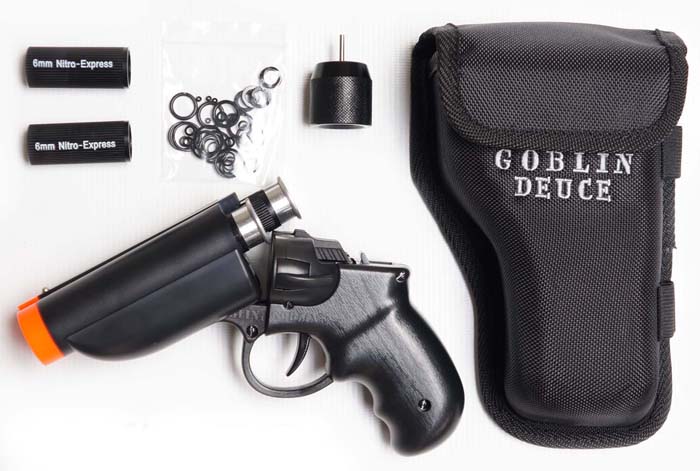